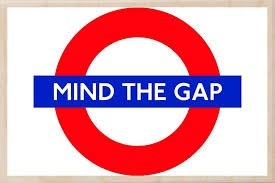 A report this month from the National Foundation for Educational Research (NFER) has audited school funding policy from 2010, given the prominent role it has played in contemporary education policy and debate.

Given the National Audit Office’s (NAO) expectation that schools will need to make savings of c£3 billion to balance their budgets and the wait for the full implementation of the DfE’s National Funding Formula (NFF), other sources of funding such as the Pupil Premium (PP) are becoming increasingly important for schools.

The PP was introduced in 2011 and is additional funding available to schools with the aim of raising the attainment of disadvantaged pupils. Pupils who attract PP funding are those who are/have been eligible for FSMs at any point in the last six years and those who have/had a parent in the armed forces at any point from January 2012. In 2013 the government introduced Pupil Premium Plus (PPP) funding for Looked After Children (LAC). This is currently set at £1900 per pupil and is expected to increase to £2300 in 2018-19.

Whilst there is expectation that PP funding will be spent on reducing the attainment gap the funding itself is not ring-fenced and schools have autonomy in how it is spent. Maintained schools are required to publish how they use their PP funding but this is not compulsory for academies, unless specifically stated in their funding agreements, although it is seen as best practice. The DfE ensures oversight of PP funding through school performance tables, specifically for disadvantaged pupils, and Ofsted inspections look specifically at PP spending and the attainment and wellbeing of PP eligible pupils. Ofsted also has statutory requirements for the details a school needs to have on its website regarding PP funding:

The above numbers may not seem too encouraging, but a NAO survey of 543 school leaders has cited alternative measures, as opposed to using attainment as the dominant measure of efficient use of PP funding. Other impacts were identified in the survey such as improved confidence, pupil attendance, pupil behaviour and parental engagement, all of which may lead to subsequent improvements in attainment measures, or be beneficial in themselves.

Given that the PP is 7 years old this year, measuring the impact it has had on the attainment gap will need more time. The DfE estimates that the full impact of the pupil premium will not be felt until 2018 for primary schools and 2023 for secondary schools – the years when eligible pupils will have been funded for their entire education. The PP is one facet of the battle to close the attainment gap. Care needs to be taken that it is PP funding is being used for purpose rather than as a bolster for real-term budget cuts.