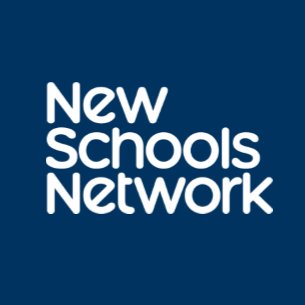 The news that New Schools Network will no longer be funded by government to provide support for free school applicant groups marks the end of an era in the world of free schools. I joined New Schools Network at the start of 2011, when free schools were a movement, not just a programme. The criteria for Wave 2 had just been announced, the deadline was only six weeks away, and there were only eight of us on the team. The camaraderie and excitement of working at NSN under the leadership of Rachel Wolf and Natalie Evans was the best introduction I could have wished for to the post-Academies Act educational landscape and all its possibilities.

When I left NSN 18 months later, it was with the germ of an idea that those trying to establish schools needed a different type of support. This started with the notion that information, advice and guidance were not enough: especially in the days when lots of applicants were parents and community groups, practical support like bid-writing was sometimes the most valuable. This is still absolutely true in many cases, with school leaders increasingly stretched by competing demands.

But in some ways, we have come full circle: with the programme now dominated by established academy trusts, advice and guidance are increasingly sought after by those trusts who have the capacity but not the information. The loss of this element of NSN’s government funding is therefore a real blow. Adding complexity is the fact that, as trusts take an increasingly strategic view in a political environment encouraging consolidation, free schools are now frequently just one element of a trust’s growth planning. They must be considered, planned and established in this broader context, not in glorious isolation.

At PAG, we believe that free schools are best and strongest when they are conceptualised as part of the system as a whole. I have been privileged to work with innovative free school proposers, from my time at NSN to today, and celebrate the freedoms which have enabled them to contribute so much to the discourse in education over the last decade. First and foremost, though, free schools are part of the family that makes up England’s rich, education tapestry. We currently support trusts to set up free schools – from idea to open school - as part of a broader suite of services which meets the needs of schools and trusts at all stages of their journeys.

In line with this philosophy, and in light of this news from NSN, Premier Advisory Group is proud to be accelerating the announcement of the extension of our services to free school proposers. We know that there will be an ongoing requirement for straightforward guidance which is accessible to everyone who is interested in opening a school. We know that, sometimes, we must go beyond guidance, to practical support. And we know that PAG is ideally placed to provide both the brainpower and elbow grease to support all trust leaders and free school proposers to serve their communities – no matter what stage of development they are at. We have the track record of success to prove it

Further information will be released in the coming days and weeks, but we would like to reassure anyone who aspires to open a new school: you will have a supportive friend in Premier Advisory Group.

Where is the English Education System Heading? An Insight into the Future of Multi Academy Trusts

Cultural Capital at School – Our interview with Kate Fripp

A-Levels 2017, Reforms and Results
A New Proposal: Individual Education Budgets
Demography is the reason northern pupils are behind, not school effectiveness
Stick, Twist or Fold? What next in the febrile academy trust space?