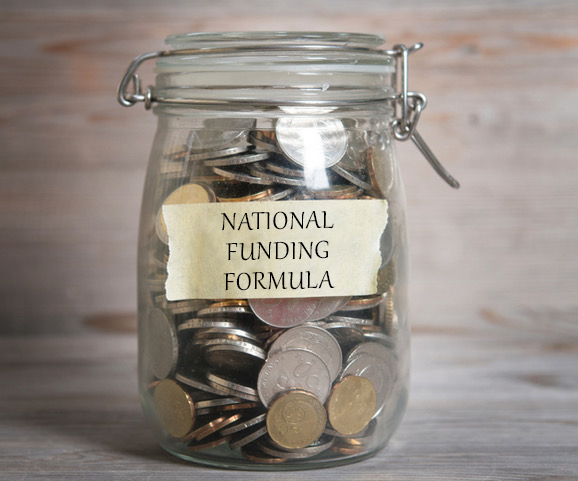 In September 2017 the former Secretary of State for Education, Justine Greening, announced that the Department for Education would implement the National Funding Formula (NFF). The NFF aims to ensure that the resources the Government invests in schools will be distributed according to a formula based on the individual needs and characteristics of every school in the country. The NFF will replace the current system of funding, which enables Local Authorities to determine their own funding formula, when allocating funding to schools. The demand for a revised system of funding for schools has stemmed from recognition of the inconsistencies in the amount of funding allocated to each LA and the growing number of academies; the current system has been has been described as “opaque,” and “outdated.”[1]

The initial announcement of the NFF provoked grave concerns for both schools and representative bodies, due to the prospect that some schools could lose up to 10% of their budget. In response to this concern, Greening announced that the Government will provide an additional £1.3 billion in funding to schools, meaning all Local Authorities will receive an increase per pupil in 2018-2019. Furthermore, the former Education Secretary announced that the NFF implemented in April 2018 will be a revised ‘soft’ version, differing slightly from the full version of the formula in that the Government will not set the funding for each school, just for each of the LAs.

It is the aspiration of the DfE, that the National Funding Formula will place increased emphasis on area-based measures of deprivation, in order to allocate more funding to pupils who live in the most deprived areas (as measured by the Income Deprivation Affecting Children Index). Greening stated that the NFF would “direct resources to where they are most needed, helping to ensure that every child can get the high-quality education they deserve” and that that the formulae “will redress historic inequities…that have existed for too long, whilst also maintaining stability so that schools and local areas are not disadvantaged in the process.”[2]

Despite the aspirations of the DfE, a recent report published by the National Foundation for Educational Research (NFER) highlighted that the implementation of the NFF will see funding shift from the most disadvantaged pupils and schools to target the ‘just about managing’ group. Whether an LA experiences losses or gains will depend upon how close their existing formula for allocating budgeting is to the new formula. As the NFF seeks to redress the historic problem of rural areas being underfunded, it is suggested in the report that pupils living in the least deprived areas who will experience the highest relative gains due to this reason. Due to the fact that the NFF will place an increased emphasis on prior attainment, it is predicted that that the lowest performing schools in the country are set to gain £78.5 million more, overall, than the top performing schools.

The implementation of the ‘soft’ NFF means that Local Authorities will still have to decide how funds are divided between schools, as the formula would only decide how much money is given to each LA. The local discretion means that similar schools with similar demands in different Local Authorities may still experience variations in funding.  As aforementioned, one of the main reasons that there has been a demand for a revised system is due to the growing number of academies. The ‘academisation’ of schools promised that academies would benefit from freedom from the LAs; however, the strong link between the LA funding formula and academy funding has remained and will continue to do so.

Currently, there is a great degree of uncertainty surrounding the National Funding Formula in regards to what the effects will be. Until it is fully implemented, which is predicted to be in 2020 or after, it is impossible to know whether the NFF will provide the transparency of funding the Government intends to achieve. The report clarifies that the NFF will significantly reduce differences in funding in schools with very similar characteristics, but whilst there is only a soft version of the formula, its impact is lessened.