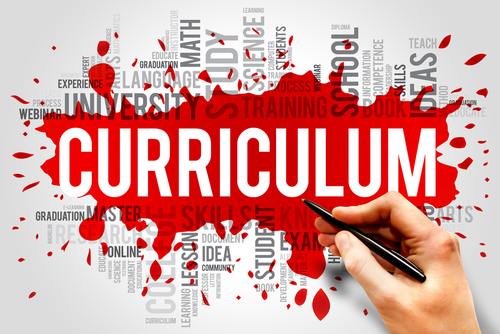 Curriculum remains a popular subject of debate in the education sector (as it should!). According to a Policy Exchange think tank report, the National Curriculum 2014 (NC2014) was an attempt to address the mistakes of predecessor national curricula. The report noted that England had two problems. One was a problem of excellence: the outcomes of the schools’ system were not of a sufficient level. The other was equity: outcomes were not spread equally across the socio-economic spectrum.

NC2014 was introduced to fix these problems. Major revisions were made to the content of all subjects. For example, greater focus was given to teaching chronology in history and clearer requirements were made in teaching grammar in English. However, the Policy Exchange report posits that NC2014 has ‘not sufficiently improved the quality of curricula being utilised in schools’. The report identified a lack of a systematic validated quality assurance process of the curriculum across or within schools.

The report identified one way forward in creating a greater supply of coherent curriculum programmes (CCPs). However, government is unlikely to deliver this supply given the continuing long running trend of local management of schools which perhaps culminated in the free schools programme. Though it may yet result in universal academisation, the trend may similarly be under Labour’s proposed National Education Service. Where a government has attempted to deliver its own CCPs, there have been below-par results. For example, the Labour Government which came into office in 1997 introduced the keystone policies of National Literacy and Numeracy Strategies where 80% and 75% were expected to reach level 4 in the National Curriculum tests in literacy and mathematics respectively in 2002. However, by 2007-08, £104 million had been spent on the Numeracy Strategy, yet the target for mathematics was missed.

So, if the government is not willing or able to take the lead with producing CPPs, then who can and should? The Policy Exchange report points to MATs as a possible source of CCPs given that they have autonomy in their curriculum delivery as long as it is ‘broad and balanced’. Many of the bigger MATs including ARK and the Harris Federation employ subject specialists that help to support teachers and schools with curriculum planning, including producing lesson resources and materials. Whilst it is encouraging that some MATs are doing this, the reality is that many schools with MATs will deliver a curriculum that is in essence the NC2014 and MAT CCPs may therefore risk reinventing the wheel.

Organisations such as the Group for Education in Museums (GEM) and The Royal Geographical Society provide learning materials that could be utilised by schools. Oxford University Press produces Inspire Maths, a whole school primary maths programme aiming to support teaching for mastery. So, the question becomes: why aren’t resources like these being utilised in every school?

If the answer is cost, the report’s recommendation of combining the Teaching and Learning Innovation Fund and the Strategic School Improvement Fund into a single ‘School Improvement Fund’ could be a way forward. This proposed fund would have a curriculum strand for primary schools and schools in opportunity areas who could bid for funding.

If NC2014 is to deliver what it has promised there may be a need for advice as to what high quality curriculum resources are available. If the DfE does not take up the responsibility of directly providing resources, it will need to engage with organisations which do.