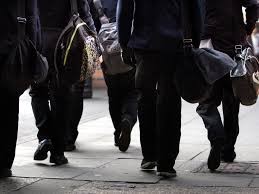 Anne Longfield, Children’s Commissioner, wants the government to consider ‘fining schools’ found to have excluded pupils for the purpose of trying to improve their exam results – a practice known as “off-rolling”.

The DfE has announced a review into exclusions and as part of the review Ms Longfield declared “I’ll be making the case for the government to look at bold solutions, including whether there should be financial penalties for schools who are ‘off-rolling’ to improve their results.” Currently if a child is permanently excluded then the schools will lose the funding for that child. As an alternative, schools have been found to encourage ‘home education’ which takes the child off the register without having to exclude. Evidence suggests that in some cases, this is happening before exams or inspections, allowing the school to keep funding without potential for their exam results being disrupted.

Recent news stories have reported that schools are trying to ‘game’ the system and have accused schools of allowing their systems to ‘push vulnerable children out the back door’ 1 and ‘abandon children with special needs’ 2. We know that the number of children being educated at home has increased, although predicting the exact number is problematic. Arguably, changes in accountability for schools combined with the pressures of results has led to increases in exclusions, both legal and illegal. However, others have argued that declining standards of behaviour are to blame, and that it is schools that are suffering as a result.

To help understand the actual figures of children being home educated the government is also considering a compulsory register of home-educated children with the threat of sanctions for those parents who refuse to comply, which could even include prosecution.

This is particularly pertinent when considering that it was reported at the beginning of this year that more than 50,000 children had ‘gone missing’ from school in 2017 ‘leaving them exposed to radicalisation, trafficking and exploitation.’ 3

Home education is among a number of issues around home schooling that the DfE is seeking views on, announcing a call for evidence for a greater oversight of children whose parents do elect to educate them at home. The government is consulting on revised guidance for parents and local authorities to support them in making sure home education is of the highest possible standard. 4

Undoubtedly the review will find instances where children’s educational standards in the home setting are not of the same standard as those in a school setting. Therefore, is the answer financial penalties for schools known to be undertaking these ‘unethical practices’? Or is there an argument against it?

Local authorities have warned that funding cuts have fuelled the rise in children being home educated, due to schools lacking resources to adequately support those children. Will the risk of further financial implications add even more pressure to already over-stretched school budgets?

Malcolm Trobe, Deputy General Secretary of the Association of School and College Leaders (ASCL), criticised the idea, saying it would ‘penalise schools in cases where parents have legitimately decided to withdraw their child.’ He added “You should not be using financial pressures in any way to impact on behaviour of a school,” 4

Mr Trobe’s statement emphasises the difficulties the DfE could face in determining those parents who have elected their child to be home schooled and those who have been ‘encouraged’ by the school.

We are also aware that a number of teachers surveyed in a government commissioned consultation did not know that it was not permitted under the guidance to encourage parents to educate their child at home.

The deadline for the call for evidence which asks: Should there be a financial consequence for schools if a parent withdraws a child from the school roll to educate at home? is the 2nd July 2018 and the results will be issued later in 2018 5