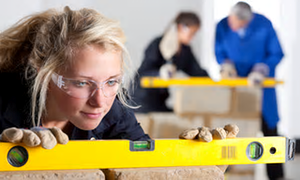 The Government and sector leaders have given increasing focus to the question of vocational qualifications in the education system. Government plans to reform the FE sector and post-16 system via the introduction of ‘T-Levels’, and the introduction of the apprenticeship levy, will in theory put vocational qualifications on more of an equal footing with traditional academic A-Levels.

The perception that vocational qualifications are for ‘those who can’t’ is, according to the UCL’s Institute of Education’s (IoE) Professor Alison Fuller, partly as a result of the greater numbers of young people entering higher education. This relegates vocational qualifications to the less prestigious option, a feeling that is particularly rooted in the UK. Vocational levels are seen as offering an alternative to A-Levels by providing a more work-focused approach. Employers in particular have highlighted the importance of vocational options of study.

The general consensus is that there is a place for vocational qualifications in the FE sector.  The debate, therefore, becomes one of quality assurance and how to ensure this in the FE sector. There is a feeling amongst employers that vocational qualifications are coming under increasing pressure from the changing realities of the UK economy, in terms of technological advances and the need for a higher skilled workforce – thus the language of a ‘divide’.

As highlighted above the key way in which to diminish this divide is to improve the quality of vocational qualifications and put them on a par with academic qualifications. One way to achieve this is to make literacy and numeracy the foundations for any present and future qualification. Mary Curnock Cook, OBE and Chair of Kensington and Chelsea College, is an advocate of this approach. She argues that the T-Levels are trying to fix the deficits of Level 3 qualifications but this an only be achieved by looking at level 2 qualifications and creating a firm foundation at this level.

There are those such as Tony Little, of the Gems Education Group, who have cited the creation of a ‘truly holistic education’ via making the study of at least one vocational course compulsory. He argues that those students who have taken vocational courses will have more benefits than their counterparts who have not.

FE is the pivot between education at KS4 and entry into higher education and/or employment. It is an integral part of our education system yet has been under funded in recent years. Governments and policy makers have always espoused the importance of FE and their commitment to ensuring a robust FE sector. However, an Institute for Fiscal Studies (IFS) report has found that spending per pupil in sixth forms and FE is set to be no higher at all than it was in 1990[1].

Students should be free to study what they want with the confidence that the qualifications they receive will be accredited and respected by universities, employers and society as a whole. If the government’s new T-Levels are implemented effectively then this will be a positive first step on the road to an equal footing between educational and vocational courses. However, there is the concern that the T-Levels are going to be used as a ‘cure all’ and opportunities missed, such as the possible changed needed at level 2 vocational qualifications.

Measurement of the effectiveness of policy will always take time. The 61% drop in the take up since the introduction of the Apprenticeship Levy[2], is a case in point. On the one hand it can clearly be taken as an indicator that the policy is failing. However, it can equally be seen to be a short term reaction to uncertainty as to what the policy will mean for employers and apprentices.

What is needed to ensure successful vocational qualifications being offered is a comprehensive review and reform of the system. If T-Levels and the apprenticeship levy are not integrated into the broader FE system then they may become another layer of reforms that have not achieved all they had hoped to.