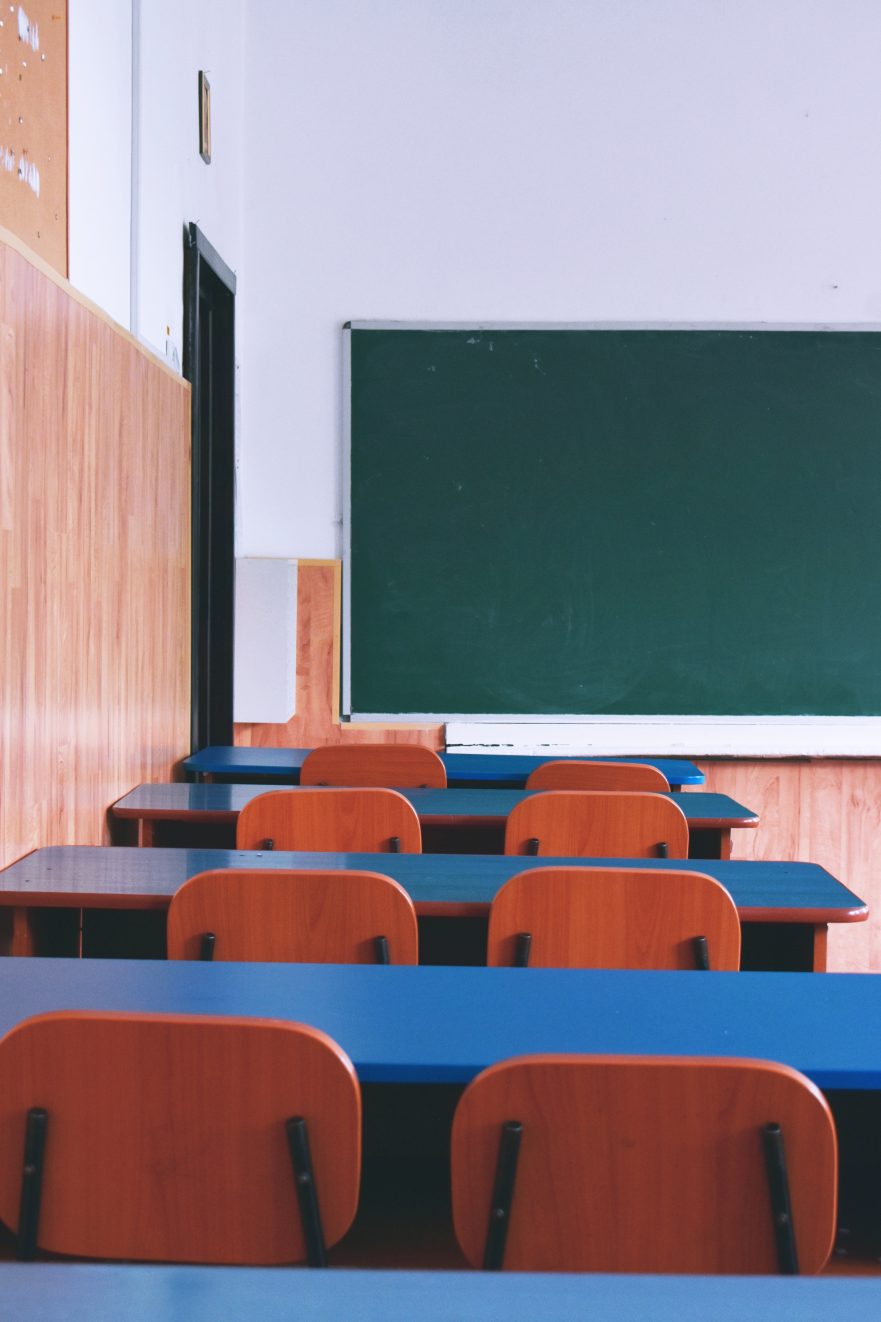 A range of research reveals that disparities exist in educational outcomes across the United Kingdom. These disparities in academic achievement correlate with the social group(s) a given pupil is assigned which can include one’s social class, ethnic background and gender. The reasons behind the differences in educational achievement amongst these social groups can be divided into two distinct categories – ‘internal’ factors occurring within schools and ‘external’ factors evident outside educational institutions.

Differences in achievement based on social class

In a recent study titled ‘GCSE results: the hidden but enduring effects of parental social class’, an occupation-based measure is used to deduce household social class across two decades. This is done alongside analysis of GCSE results attained by pupils residing within these households. When examining the collated results, a correlation is revealed with children of parents in traditionally upper/middle-class ‘High professional occupations (e.g., Doctors and Lawyers)’ achieving an average of eight GCSEs between A*-C grades. This average academic outcome far exceeds pupils with parents in traditionally working-class ‘Routine occupations (e.g., Care Workers and Receptionists)’, who achieve an average of four GCSEs between A*-C grades. Attaining four GCSEs between A*-C is concerning as it falls below the national benchmark of five or more GCSEs at grades A*-C. These statistics outlined remain consistent across observations spanning the early 1990s to early 2010s.

The range of external factors causing this persistent, working class underachievement includes material deprivation which was examined by Smith and Noble (1995) who refer to the ‘hidden costs’ of education which working class households struggle, or are unable, to fund. This can include mandatory textbooks or supplementary school trips which enhance learning. Material deprivation therefore acts as a ‘barrier to learning’ resulting in what Smith and Noble refer to as a ‘poverty penalty’ which ultimately prevents working class pupils from fulfilling their potential. Marilyn Howard (2001), another material deprivation theorist, focused her study on the poor diets of working class children which lacks vital vitamins and nutrients when compared with the middle class diet. She also found that working class pupils often attend school having had no breakfast resulting in a lack of focus which consequently contributes to academic underachievement.

Other external factors include cultural deprivation and cultural capital. Basil Bernstein (1975), a cultural deprivation theorist, focused on one element of cultural deprivation – speech and language use. He found that working class students utilise the ‘restricted speech code’ which includes informal, short sentences which are context bound, lack detail and assume prior knowledge. This directly contrasts with the middle class ‘elaborated code’ which incorporates more formal, detailed sentences and does not assume prior knowledge. Bernstein concludes that the working class are likely to struggle to formulate effective arguments during examinations due to their ‘inadequate speech code’ therefore resulting in underachievement. Diane Reay (1998) subscribes to the notion that a lack of cultural capital among the working classes causes underachievement. After interviewing mothers of thirty-three children at two London Primary schools, she found that middle class mothers had greater cultural capital. This comes in the form of, for example, academic qualifications which gave middle class mothers greater confidence to support children with homework and approach teachers regarding any concerns. This contrasted with working class mothers, who talked of ‘plucking up courage’ to approach teachers regarding any queries.

Internal factors include teacher labelling which was extensively researched by Howard Becker (1971). Becker interviewed 60 teachers across 9 schools regarding their definition of an ‘ideal pupil’. He found that the definition aligned with characteristics evident only in upper/middle-class pupils who were subsequently positively labelled resulting in a ‘halo effect’. On the contrary, working class pupils failed to match the characteristics of an ‘ideal pupil’ resulting in a negative label being attached by teachers. Becker goes on to argue that once a label is attached, a self-fulfilling prophecy occurs with the working class pupils who were negatively labelled ultimately underachieving. Gillborn and Youdell (2001) took this study a step further when they observed two London secondary schools and found teacher labelling to be the main determinant of which stream pupils were placed into. This is despite the process being designed to be purely based on ability. In this way, working class pupils, who were often labelled as lacking intelligence and motivation to succeed by teachers, were subsequently placed in lower streams. Gillborn and Youdell argue that this results in working class pupils being denied knowledge and opportunities to succeed leading to underachievement.

Differences in Achievement based on Ethnic Group

Tony Sewell (2009) argues that external factors in the form of cultural deprivation through father absence leads to young, Afro-Caribbean black boys being deprived of a positive male role model. Sewell claims street gangs often provide the missing ‘perverse loyalty and love’ which would otherwise be offered by the father-figure within the household. Anti-school black masculinity is also marketed positively through the media which resonates with boys who feel their families and wider society has failed them. Thus, Sewell states that the status and respect offered by gang activities ‘plug the gaps’ in the lives of young black boys who are socialised to believe that valuing education, conversing in standard English and working hard equate to ‘selling out’ to the White establishment. Thus, Afro-Caribbean boys underperform. With this in mind, Sewell states that black peer pressure must be directly tackled in addition to teachers raising their expectations of young, black boys. When observing Asian families, Sewell notes that the approach Asian children have towards adult authority mimics the expectations of schools. This involves respecting elders, which Sewell feels contributes to positive relationships being formed with teachers resulting in high grades.

Another external factor possibly explaining ethnic differences in achievement comes in the form of material deprivation. Statistics show Pakistani and Bangladeshis are over three times more likely than their white counterparts to be in the poorest fifth of the population. Thus, Pakistani and Bangladeshi pupils are more likely to face the consequences of underachievement outlined by the material deprivation theorists aforementioned. This contrasts with Indian children, who predominantly come from more middle-class backgrounds which provides a possible explanation for their academic performances.

An alternative external explanation for some ethnic minorities underperforming is due to racism within wider society. Mike Noon (1993) explores racial discrimination in his study which involved sending identical pairs of letters enquiring about future employment opportunities to the top 100 UK firms. These fictious applications were signed ‘Evans’, a name of Caucasian descent, and ‘Patel’, a typically Asian name. In terms of number and helpfulness of replies, Noon found that firms were more encouraging of white candidates which he felt was explicit evidence of racism in the workplace. This would naturally discourage ethnic minority pupils from aiming for top grades as they may feel achieving such accolades are futile in securing a successful career due to racism within wider society.

Gillborn and Youdell (2000) argue in-school factors in the form of labelling and teacher racism explain the underachievement of Afro-Caribbean pupils. In their study, they found teachers to hold negative, racialised expectations of black pupils and were quicker to discipline them. Black pupils within the study claimed teachers ‘picked on them’. Gillborn and Youdell claim teachers held stereotypes of black pupils which ultimately causes a natural reaction of such pupils being disinterested with schoolwork resulting in underachievement.
Some studies argue that the inherent ethnocentric curriculum offered within schools focuses on the culture and viewpoint of white individuals naturally putting ethnic minorities at a disadvantage. An example includes history lessons focusing on white-British experiences. This can result in ethnic minority pupils developing an inferiority complex alongside low self-esteem thereby contributing to academic underachievement.

Differences in Achievement based on Gender

Historically, boys achieved higher grades then their female counterparts. However, since the inception of the National Curriculum alongside GCSEs in 1988, girls have consistently outperformed boys within academia. In fact, according to the Centre for Education and Employment Research (CEER) the gap between girls and boy achieving one of the top grades at GCSE this year has increased from eight to nine percentage points.

One possible external explanation for girls now out-performing boys is due to the successful feminist movement which has raised the expectations of women through raising their status. Sue Sharpe (1976) interviewed schoolgirls in the 1970s and found that their priorities were ‘love, marriage, husbands, children, jobs and careers in that order’. This study was repeated by Sharpe in the 1990s which uncovered a new order of priorities which consisted of ‘job, career and being able to support themselves’. These new set of priorities can only be met through schoolgirls focusing on academic excellence and so this newly developed ambition provides a possible explanation for girls now out-performing boys. It is important to note that this change of priorities Sharpe assumes to be a result of the spread of feminism. However, other external factors can be credited for this such as changes in the workplace in the form of changes in women’s employment patterns overtime. This includes the 1970 Equal Pay Act alongside the 1975 Sex Discrimination Act. Many claim that such policies have directly resulted in the influx of women in employment rising from 47% in 1959 to 70% in 2007. Young girls at school seeing the gradual rise in female role models within the workplace due to the changes to policies may have directly resulted in the shift in policies observed by Sharpe which could have caused girls subsequently outperforming boys at school.

Internal explanations for girls now out-performing boys consist of the range of school ‘Equal Opportunities’ introduced due to girls historically underperforming across educational institutions. These changes to policies comprise of GIST and WISE which encourage girls into STEM subjects, improved teacher training on gender equality as well as re-designing teaching resources to ensure there is no gender stereotyping. These wide variety of initiatives could have helped raise aspirations and motivation levels of girls and consequently their grades. Another internal factor includes the nature of GCSEs and coursework introduced explored by Mitsos and Browne (1998) who highlight the mounting evidence that girls work harder. Girls are seen to be more organised and take greater care with regard to their work’s presentation. Research shows they concentrate 3-to-4 times longer than their male counterparts. Mitsos and Browne feel that that these attributes align well with the requirements of the National Curriculum thereby explaining why girls outperform boys.

Differences in Achievement amongst Social Groups

Differences in academic outcomes could occur, but are not limited to, one or more of the reasons listed above. Having read the above findings, how accurate do you feel these theories are in providing answers to differences in achievement between the outlined social groups?