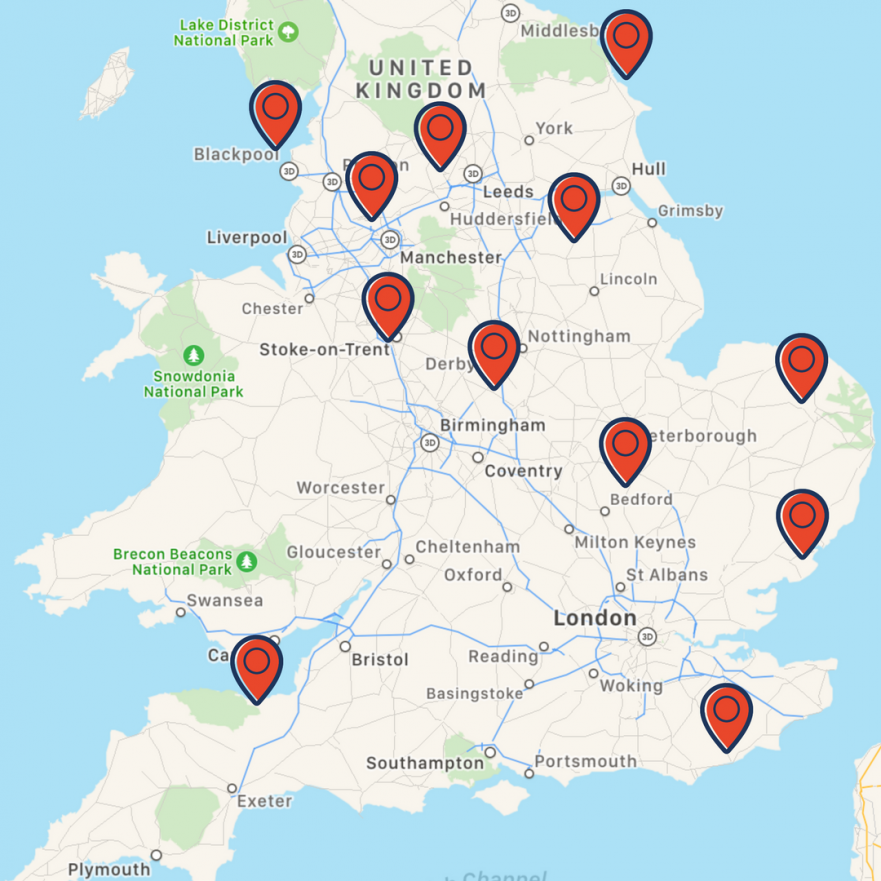 A recent publication from the Department for Education highlighted that social mobility remains the top priority after the new year cabinet reshuffle. The DfE’s single departmental plan (SDP) sets out four key objectives, supporting one overarching ambition: that no community is left behind.[1] In addition to these objectives, the strategic plan focuses on the 12 Opportunity Areas which were announced by Damian Hinds’ predecessor, Justine Greening, in October 2016 and January 2017. The 12 Opportunity Areas are: West Somerset, Norwich, Blackpool, North Yorkshire Coast, Derby, Oldham. Bradford, Doncaster, Fenland and east Cambridgeshire, Hastings, Ipswich and Stoke-on-Trent.

The SDP states the government’s aim to provide intensive, system-wide support for the ‘social mobility cold spots’, to tackle the most complex and entrenched barriers to social mobility. Delivery plans were provided for the 6 Opportunity Areas announced in the second wave in January 2017 (Bradford, Doncaster, Fenland and East Cambridgeshire, Hastings, Ipswich and Stoke-on-Trent.) Damian Hinds is the Lead Minister for the Opportunity Areas programme and Indra Morris, Director General of Social Care, Mobility and Equalities is the Lead Official.

£72 million will be spent across the 12 Opportunity Areas over the next three years to provide additional support and impetus to areas of the country where disadvantage is most entrenched and social immobility is a longstanding issue. Each of these areas will establish a local partnership board, made up of local school leaders, voluntary sector workers, people from business and local government and an independent chair, to implement the plan. In each of the areas local partners across early years, schools and further education providers have identified specific priorities to ensure improvements are sustainable and built upon existing strengths.

Blackpool, for example, has three priorities to help overcome social immobility. The first is to raise attainment and progress in schools, the second is to support vulnerable children and families to improve attendance and reduce the number of exclusions and the final priority is to improve advice and support for young people when moving between schools and colleges. In Fenland and East Cambridgeshire, there are four priorities:

The DfE has also released the Opportunity Areas Selection methodology.[2] The data is based on the 2016 Social Mobility Index which identifies the weakest Local Authority Districts in England for opportunities for young people from poorer backgrounds to succeed. This data was then cross-referenced with the Achieving Excellence Areas (AEA) index, published by the DfE in March 2016. The AEA clarifies current educational performance against indicators that point out a capacity to improve to define areas which require additional support. Finally, the DfE considered regional spread and types of area (urban, rural and coastal).

It is the DfE’s ambition that the Opportunity Areas programme will act as a three year pilot of ways to support disadvantaged young people and tackle social immobility. The delivery plan for each of the Opportunity Areas is a step in the right direction to remove obstacles which could stop people from achieving their full potential. The DfE’s efforts to prioritise the most challenging areas with deeply entrenched social immobility, will make a difference to children and young people and is a key driver in ensuring no community is left behind.