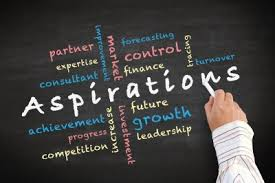 This week the Department for Education (DfE) announced its Single Departmental Plan. The ambition at the heart of the plan is that social mobility and equality of opportunity are available to all. A summary of the key goals of the plan is presented below.

The DfE has identified 4 key ‘ambitions’:

The opportunity for, and impact of, social mobility begins in the early years. Children with a strong foundation will have a good start to school. There is a continuing attainment gap between these children and those that fall behind early in their school careers. Focus will be given to the development of key language and literary skills with the aim of reducing this gap.

Disadvantaged pupils remain behind their counterparts at each Key Stage of school. There are also significant variances in attainment across the country, with the majority of the lowest performing Local Authorities (LAs) being in the northern and midlands regions. The DfE will do this by improving the school improvement offer through the Strategic School Improvement Fund (SSIF).

The introduction of T-Levels and the government pledge to deliver 3 million new apprenticeship starts in England between 2015-2020 will work towards this. Working class young people are more likely to apply for University with vocational qualifications. Social Market Foundation (SMF) Director James Kirkup warned that vocational qualifications have traditionally been ignored in favour of academic qualifications and that this needs to change to target social immobility[1]. Businesses are citing skills shortages which has led to the current reforms[2].

Whilst the proportion of those young people not in education, employment or training (NEET) has fallen from 16% in 2011 to 11.1% in the second quarter of 2017[3], young people from lower income backgrounds are less likely to have the network and advice to realise their career goals. This will be done via collaboration with businesses to widen opportunity through the Skills Partner Statement of Action

There has already been some progress in the achievement of these ambitions, such as:

However, the attainment gap between disadvantaged pupils and their counterparts is decreasing at a lethargic rate, 27.9% to 27%, from 2007-2014 – a reduction of less than 1% in seven years. Similarly, whilst the number of apprenticeship starts is positive if this trajectory continues the government will not meet its target of 3 million by 2020.

This plan is a positive step. However, there are vast changes to be made and the DfE needs to be prepared for the long haul to realise its goal of ‘No community left behind’.