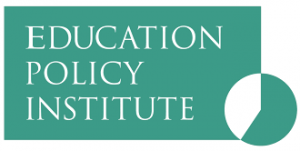 The Education Policy Institute (EPI) has published a report examining the progress made by disadvantaged, pupil premium, pupils in attainment.

However, there are positives to draw from the report, one of them being the success of London in narrowing the attainment gap. In contrast to the Isle of Wight at 29 months, several London boroughs are at the other end of the spectrum. Hackney, Islington, Newham and Barnet have gaps of eight months with Southwark, Wandsworth and Tower Hamlets performing even better with at seven months.

The Government has identified Opportunity Areas, areas which are the most challenged in terms of social mobility. They were identified using the Social Mobility Index in January 2016. These Opportunity Areas were promised access to funding in 2016  (including a teaching and leadership innovation fund worth £75m over three years) as well as the formation of local partnerships, and the opening of a ‘Research School’.

An additional six Opportunity Areas having been announced this year. The funding provided is intended to allow for innovative solutions to the attainment gap and allow schools to develop bespoke solutions to fit their needs.

If you are working on solutions to the attainment gap between disadvantaged pupils and their peers, in an Opportunity Area, Premier Advisory Group can help. We specialise in providing research and consultancy which supports school leaders and other organisations to improve education for all, including the most disadvantaged.

For more information about how we can help, contact Charlotte Pearce Cornish on 0345 459 7600 or email: charlotte@premieradvisory.co.uk.